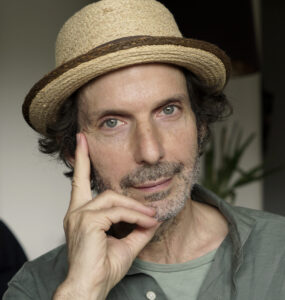 For over 25 years, Alex Steyermark has been living and working at the intersection of film and music as a director, film music producer and music supervisor. He has directed the feature films, Prey for Rock & Roll, One Last Thing…, Losers Take All and documentary The 78 Project Movie , which have been acclaimed at numerous US and International film festivals including Sundance, Toronto, London, Tribeca and SXSW, and are distributed throughout the world. He is a creator, producer and the director of the ongoing critically acclaimed music documentary web series, The 78 Project, which was an official selection at the inaugural Cannes Cross Media Corner and the British Film Institute’s Power to the Pixel Cross Media Forum.

Prior to directing, Alex distinguished himself as a film music supervisor and music producer, working with a wide array of recording artists (including David Bowie, Public Enemy, Michael Jackson, Dave Grohl, and many more) on films by directors Spike Lee, Ang Lee, Jim Sheridan, Robert Rodriguez, Jonathan Demme and Paul Schrader, as well as on the acclaimed rock musical film Hedwig and the Angry Inch, among many, many others.  He is also a Grammy voting member of the Producers & Engineers Wing of the Recording Academy.

Alex has taught Digital Storytelling at the Fashion Institute of Technology in New York, and since 2005 has been an adjunct professor in the graduate film program at Columbia University’s School of the Arts, where he is the founder of the ASCAP/Columbia Film Scoring Workshop.

Find out more about Alex’s films and web series at: alexsteyermark.com